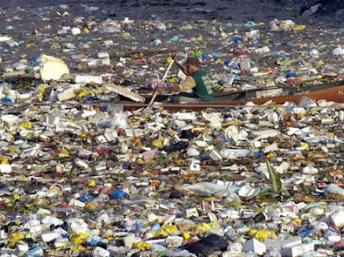 The decision was an amendment to a bill on biodiversity.

A voluntary agreement with retailers already led to a drastic drop in the number of plastic bags used at supermarket checkout counters, falling from 10.5 billion to 700 million between 2002 and 2011.

But the government is now focusing now on plastic bags in self-service fruit and vegetable sections.

More than 12 billion of them are still used in stores and supermarkets.

Environmental campaigners say that shoppers use them for just 20 minutes on average but they take up to 1,000 years to degrade.

The United Nations on Monday launched a week-long global environment conference aimed at tackling challenges from poaching to marine pollution and boosting the green economy.

Scientists from the Seventh Continent group revealed that plastic waste covers 1,000 km x 2,000 km of the Pacific and Indian oceans – a “seventh continent” of plastic not marked on any maps, slightly off regular sea-trade roads but only 1,000 km away from the French Caribbean.